Can you spell E C O   T E R R O R I S M?  London Telegraph:  “what I could never have imagined was how quickly public disgust – even among greenies – would reach such a pitch that the campaigners would be compelled to withdraw it from the internet.” 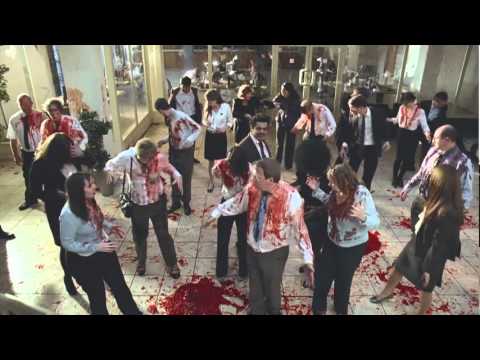 “Halloween isn’t for another three weeks, but environmental ghouls are on the haunt. A sadistic video released by global warming fear-mongerers reveals an inconvenient truth about eco-radicals: They despise the very children for whom they claim to be saving the planet.

In the opening scene of “No Pressure,” a four-minute short clip produced by carbon reduction activist group “10:10,” a teacher urges her elementary school charges to fight climate change by cutting their carbon emissions by 10 percent by October 10. When a few uncooperative students object, the teacher presses a red button at her desk – which immediately detonates the nay-saying children. Their heads explode in graphic, bloody detail. Skin and body parts splatter all over their horrified classmates.

Message received loud and clear: No dissent allowed, little rascals. Or else.”